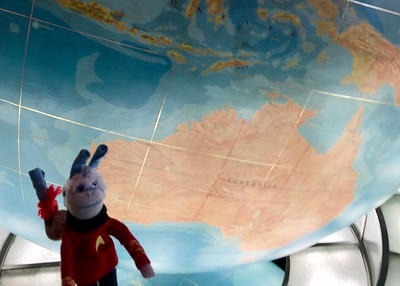 I’m happy to report that Fearless, the British bulldog toy who visited our school last year, has arrived at his next destination, . We look forward to read of his new adventures.