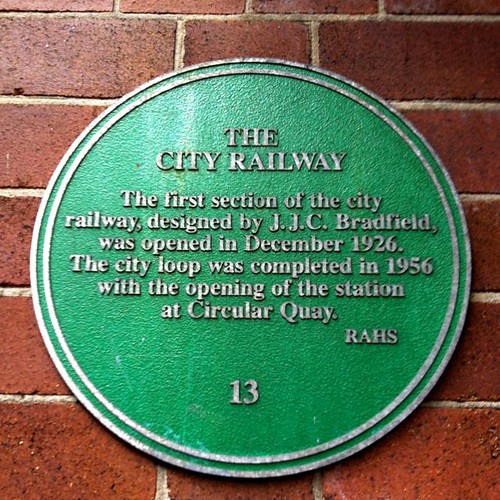 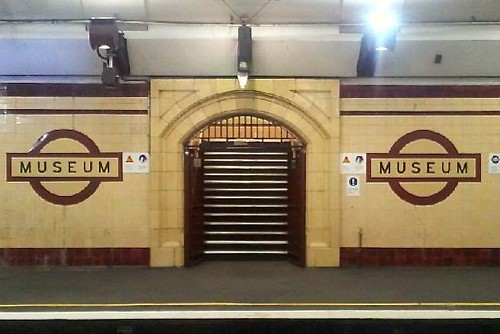 A Flickr slideshow about Museum Station, Sydney, is HERE. Stage 2 students are researching underground railway systems as part of their science and technology unit, Buildings and Bridges.

And on through the underground stations (and Circular Quay) of Sydney’s City Circle Loop:

The Teachers’ notes I wrote for Wilkins Farago Publishing are now online. I hope lots of school libraries buy their own copy of the picture book, One red shoe, and get good use out of it!

The notes can be downloaded as a PDF here.

When I was testing the book out with our Stage 3 students, even the Stage 2 students were intrigued, although they only really discussed the red symbolism throughout, not the stronger themes about war/unrest in the Gaza Strip, but they came up with this digital slideshow:

Class 3/4L recently had an extra session in the school library, so we decided to create a digital slideshow, inspired by the powerful cover art of the new picture book, One red shoe, by Karin Gruss & Tobias Krejtschi (Wikins Farago, 2014). The book, set in the war-torn Gaza Strip, features black and white illustrations through, with the dramatic use of spot colour on a US-style, Chuck Taylor All-Stars red canvas shoe, to persuade the readers and viewers with symbolism.

The resulting, jointly-constructed text of this digital slideshow, created during a Circle Time brainstorming session, is quite reminiscent of the colour poems featured in the now-classic book, Hailstones and halibut bones by Mary O’Neill (1961), although the students were not exposed to that particular work. Yet. Red objects featured in the images came mainly from the school library environment, but also a few from my personal digital albums.

Here is a new PhotoPeach digital slideshow which archives some of the photos and craftwork of this year’s K-2 Chinese New Year celebrations:


Year of the Horse at Penrith PS

The inclement weather on Friday gave Class 1HB an additional lesson in the school library, so we brought out the collection of puppets and brainstormed a new digital story:

In Term 3, our Stage 1 and Early Stage 1 students will be investigating the topic of Winter, and then moving on the Aboriginal Dreaming Stories.

I had promised to share a childhood favourite winter book from my own collection, Snow by Roy McKie & PD Eastman, which is a hard title to find, Down Under, in Dr Suess’s classic Cat in the Hat Beginner Books series. I bought this particular copy during my White Christmas 2012 trip to Ann Arbor, Michigan, USA, where, way back in 1984, my penpal had taught me how to make snowmen and snow angels, just like in the book I’d read in 1966!

Next week, we will be comparing this book to the more recent, There was a cold lady who swallowed some snow! by Lucille Colandro & Jared Lee. The school library’s resident artifical snowman is actually a stage prop from my 2006 Stage 1’s assembly item performance of this book. This was also when I learned, via Wikipedia, about the inate and significant differences between British and American snowmen. (Count the bodyparts!) Even artificial snowmen must do their research! Penrith NSW, December 2010

Our first Aboriginal Dreaming Story, in Week 3, will be about the Rainbow Serpent. Past Kindergarten students, now in Year 3, made some great artwork last cycle and it is preserved in a Flickr SLIDESHOW. We also made good use of a Youtube animation, located HERE.

I’m not sure how many of you are aware that the free online facility for making digital slideshows, Photo Peach, had a massive crash in mid December, when its owners were trying to do a major upgrade. Despite their efforts, two backup servers failed simultaneously and they’ve unfortunately lost about 50% of people’s stored data between two specific dates. Sadly, this has meant numerous pieces of my work with students have lost their images – and sometimes the captions as well. The good news is that I can slowly rebuild the slideshows (which will give each one a new URL, and will require lots of changes to old blog entries and bookmarks) – thank goodness I saved all the students’ paper storyboards for the trickiest ones (ie. the Stage 3 students’ Endangered animals: beyond the rainforest Guided Inquiry material of 2011).

I had only just bought a Photo Peach subscription for my own material, but had not yet downloaded anything to my hard drive (which is the main reason for purchasing a subscription). “Endangered animals” was not included in the subscription, being on a separate, free, user account, so it’s been quite traumatic facing this loss. It seems that viewer comments (and most of our lists of Creative Commons photographers, whose Flickr pics were used) are safely preserved on the now-skeletal slideshows, so I am even able to restore these. Very time consuming, but hopefully worth it, since I use – and revisit with students – this material often, including at professional development presentations with teachers.

I shall keep you posted as other popular slideshows get restored.

It’s Term 3, so the first Book Week displays from classes have started to arrive in the school library! This has been an annual tradition at my school long before I arrived here. The displays become a part of the library decor until the next Book Week, when everything is refreshed. This year’s slogan is “Champions read”. The creators of “The last viking” have also posted 1/2H’s display on their website! Congratulations 1/2H!

Watch a slideshow of all of these displays (and more as they are added) HERE!